Our Memorial Motorcycle Ride starts on Saturday – but where exactly are we going, and what makes this a challenge that warrants you donating your hard earned money to Cancer Research UK and Macmillan Cancer Support as a result?

Back in 2009 we did Top Down – a Lincolnshire to John O’Groats to Land’s End to Lincolnshire ride of around 2,000 miles to raise money for charity. Not interested in a true endurance riding event owing to concerns over tiredness and therefore our safety, we opted to take the (very) long route over nine days. As it happened we also had to contend with some of the worst weather we’d ever ridden in, all found that riding motorbikes day after day caused much aching of muscles, and that the £2,300 that we raised was a vital part of the motivation that made us complete the challenge. 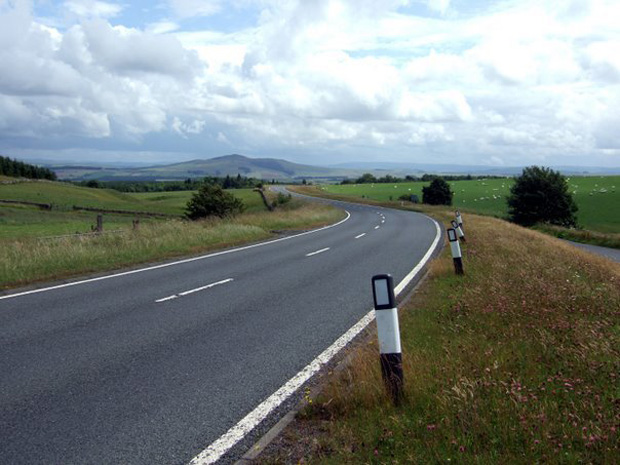 So when discussing what we might be able to do to raise money in Graham’s memory we wanted something similar, to recreate the sense of adventure we had, but not quite the same. We decided on the four compass points of mainland Great Britain, taking us all around England and Scotland, as a bit of a challenge as well a fitting tribute.

Here’s a little bit of information about the places we are visiting:

We are going straight to Lowestoft on the first morning of the ride – it should take us around a couple of hours to get there.

The Lizard peninsula is the most southerly part of the British mainland. A combination of the mild maritime climate and complex and unique geology has produced an area with a distinctive character, well known for its rare and unusual flora and where the famous call of the Cornish chough is never far away. The Lizard peninsula is also renowned as the birthplace of modern communication, where Marconi undertook some of his pioneering radio experiments.  Lizard Point, including the Lighthouse, is managed by The National Trust.

The plan is to reach the southerly most point before 4pm on Sunday.

The Point of Ardnamurchan is the most westerly point on the British mainland. It offers superb views on a clear day across to the inner and outer Hebrides.  Situated near the settlement of Kilchoan on the remote and rugged Ardnamurchan peninsula, the point is marked by the 36m high Ardnamurchan Lighthouse . The lighthouse was built in 1849 using granite from the nearby Island of Mull. Although now completely automated, the tower remains fully operational and still plays a vital role in ensuring the safety of all passing ships.

We will be heading over to Ardnamurchan on Wednesday.

Dunnet Head marks the most northerly point of the Scottish mainland, being just over two miles north of John O’Groats. Also known as Easter Head, it is a great place to view wildlife – puffins, fulmar and razorbills are just some of the birds which nest on the Head, and there are regular visits from cetaceans and even a resident seal colony in Brough Bay.

Dunnet Head will be our last of the four compass points, with us aiming to visit on Thursday. 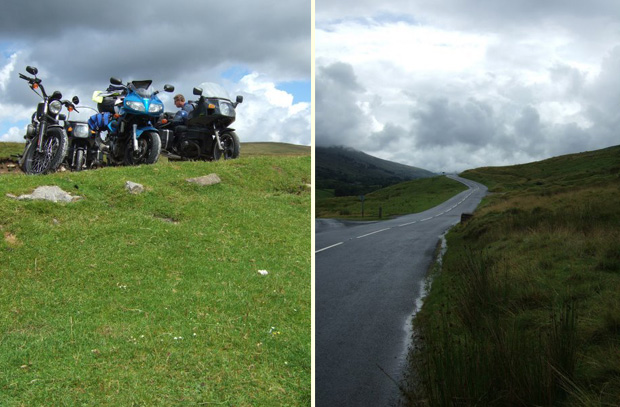 Naturally there will be lots of places in-between too, with us averaging something like 300-320 miles each day. We will ride whatever the weather (and we know we are in for some unsettled conditions – hopefully it won’t actually snow), for however many hours it takes to reach our destination, hoping to get off the bikes early enough each evening to enjoy a relaxing meal and a decent sleep before we get up and do it all again the next day. Our mini adventure will be eight days – Saturday to Saturday – starting in Boston, Lincolnshire at 9am on Saturday 25th May (if you fancy coming to wave us off) and ending in Sleaford, Lincolnshire early afternoon on Saturday 1st June.

The plan is to take lots of photographs and share something of our experience here on our blog each evening (connection and time depending!). Some of us will also be tweeting and instagramming when we can, using the hashtag #gvhride – give us a follow and join in the conversation.

And of course I can’t stress enough that the reason we are doing this is to raise money for Cancer Research UK and Macmillan Cancer Support. Our total right now stands at a lovely £1,145 (and nine pence…), which is certainly something to smile about. Please (please, please) head over to our donation page and give what you can in memory of Graham, and because these important cancer charities need our money to help make people’s lives better.